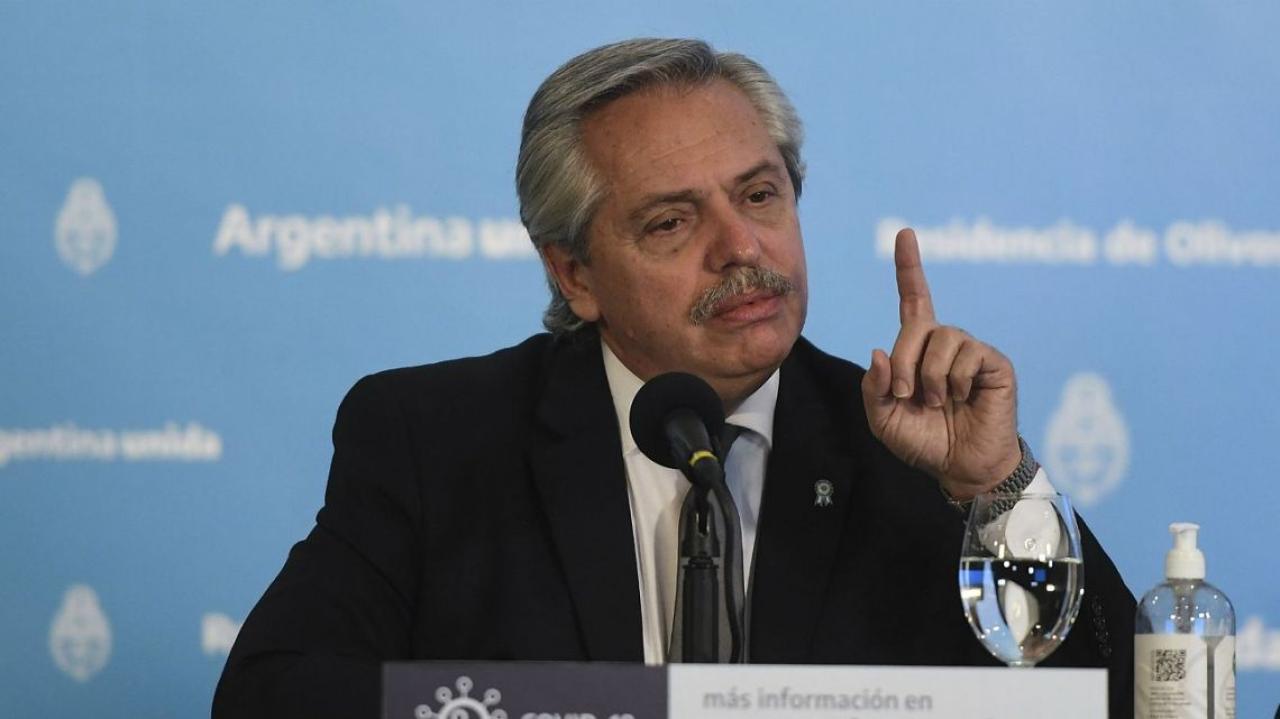 President Alberto Fernández confirmed this week that his government is “working and making progress" on a one-off capital levy that would tax Argentina’s wealthiest individuals.

The Peronist leader stressed, however, that the introduction of the levy would depend on Congress.

Fernández said the so-called “wealth tax” – trailed previously by Peronist lawmakers from his Frente de Todos coalition – would be an “extraordinary” measure to finance government expenditure amid the coronavirus pandemic.

The former Cabinet chief rejected how the capital levy had been branded, however, arguing that “it is not a tax on wealth, but a one-time payment.”

The president’s comments, delivered during an interview on Tuesday with the journalist Matías Martín’s Basta de Todo programme on FM Metro, confirm that the government is moving forward with the bill.

"I know that work is being done, and that progress is being made, and we have to wait to see what Congress decides," said Fernández.

Much of the government’s legislative agenda has been slowed by the pandemic and the mandatory quarantine period, which complicated congressional business.

Details of the measure have been scarce, with no clear consensus on how much cash the government is seeking to bring in for its coffers. Officials in recent weeks have linked the legislative move to the pandemic, pitching the measures as a gesture of solidarity amid the economic downturn.

In an interview last month with journalist Horacio Verbitsky, Economy Minister Martín Guzmán backed the move and said it would affect 11,000 people with fortunes worth at least US$2 million.

According to a recent report in Àmbito Financiero, the levy would apply to assets that exceed 200 million pesos [US$2.9 million] and would be imposed on personal assets declared up until March 2020.

Frente de Todos lawmaker Hugo Yasky said in April that the government hoped to raise US$2.5 billion through the legislation, though more recent estimates put the figure higher at US$3 billion.

The bill was initially drawn up by Budget Commission chief Carlos Heller, at the request of the head of Frente de Todos lower house caucus, Máxímo Kirchner.

In an interview on Wednesday, Heller said the move would raise even more than previous estimates.

"Our projection is that we should see in the order of 4,000 million dollars [US$4 billion], that is why I speak of 300,000 million pesos [300 billion pesos], because I want to speak in pesos and not in dollars," the lawmaker said in an interview.

He said the bill would contain “a variable rate, which is not unique, and which starts at 2 [percent] and ends at 3.5 [percent]."