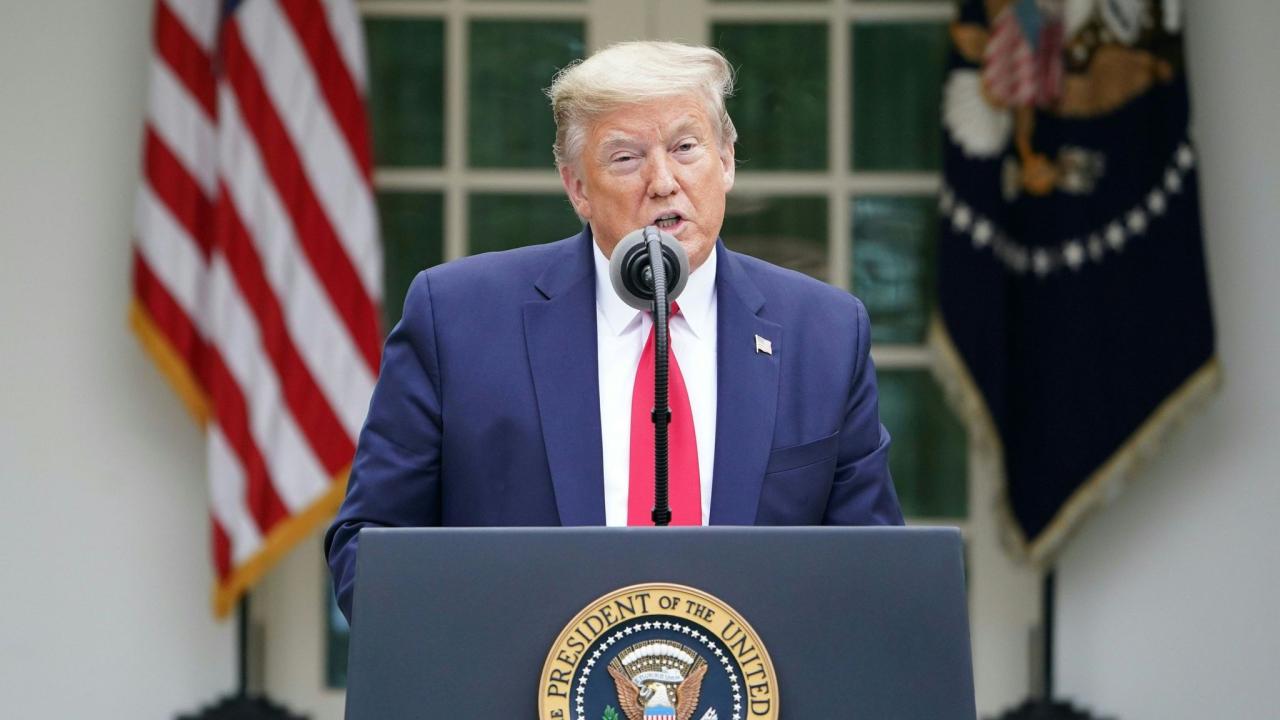 The U.S. will suspend funding to the World Health Organization while it reviews the agency’s response to the Covid-19 pandemic, President Donald Trump announced Tuesday, saying the international health agency made mistakes that “caused so much death” as the coronavirus spread across the globe.

Trump criticized the international agency’s response to the outbreak, saying “one of the most dangerous and costly decisions from the WHO was its disastrous decision to oppose travel restrictions from China and other nations” that Trump imposed early on in the outbreak.

“Fortunately, I was not convinced and suspended travel from China saving untold numbers of lives,” he said.

It’s unclear exactly what mechanism Trump intends to use to withhold WHO funding, much of which is appropriated by Congress. The president typically does not have the authority to unilaterally redirect congressional funding.

One option might be for Trump to use powers granted to the president under the Impoundment Control Act of 1974. Under this statute, the president may propose to withhold congressional funds, but it requires congressional approval within 45 days. Absent this approval, the funds must be returned to their original, congressionally mandated purpose after 45 days.

When asked by reporters why the administration is choosing now to withhold funds, Trump said the U.S. has had problems with WHO “for years” and the nation should have done this “a long time ago.”

He said the administration will conduct a “thorough” investigation that should last 60 to 90 days.

Trump said it wasn’t about the money, “but it’s not right. So we’ll see,” he said. “This is an evaluation period, but in the meantime, we’re putting a hold on all funds going to World Health. We’ll be able to take that money and channel it to the areas that most need it.”

The coronavirus, which emerged in Wuhan, China over three months ago, has infected more than 1.9 million people worldwide and killed at least 125,678 as of Tuesday night, according to data compiled by Johns Hopkins University.

Trump had first threatened last week to withhold funds from WHO, saying it pushed back on his travel ban from China early in the Covid-19 outbreak. He claimed Tuesday that WHO “pushed China’s misinformation about the virus, saying it wasn’t communicable and there was no need for travel bans.”

WHO started sounding the alarm on the outbreak of a new coronavirus in China, in mid-January, designating the now Covid-19 pandemic as a global health emergency on Jan. 30 when there were just 8,200 cases in 18 countries across the world.

The WHO’s global emergency declaration on Jan. 30 was nearly a month before Trump tweeted that “The Coronavirus is very much under control in the USA” and six weeks before he declared a national emergency on March 13.

Two days earlier, on March 11, WHO officials declared the outbreak a pandemic, when there were just 121,000 global cases.

In response to Trump’s attacks last week, WHO’s top official urged leaders against politicizing the outbreak “if you don’t want to have many more body bags.”

“At the end of the day, the people belong to all political parties. The focus of all political parties should be to save their people, please do not politicize this virus,”  Director-General Dr. Tedros Adhanom Ghebreyesus said in a fiery address on April 8. He called for unity across the globe, saying the virus will exploit cracks in political parties, religious groups or between different nations to spread even more widely. “If you want to be exploited and if you want to have many more body bags, then you do it. If you don’t want many more body bags, then you refrain from politicizing it,” he said.