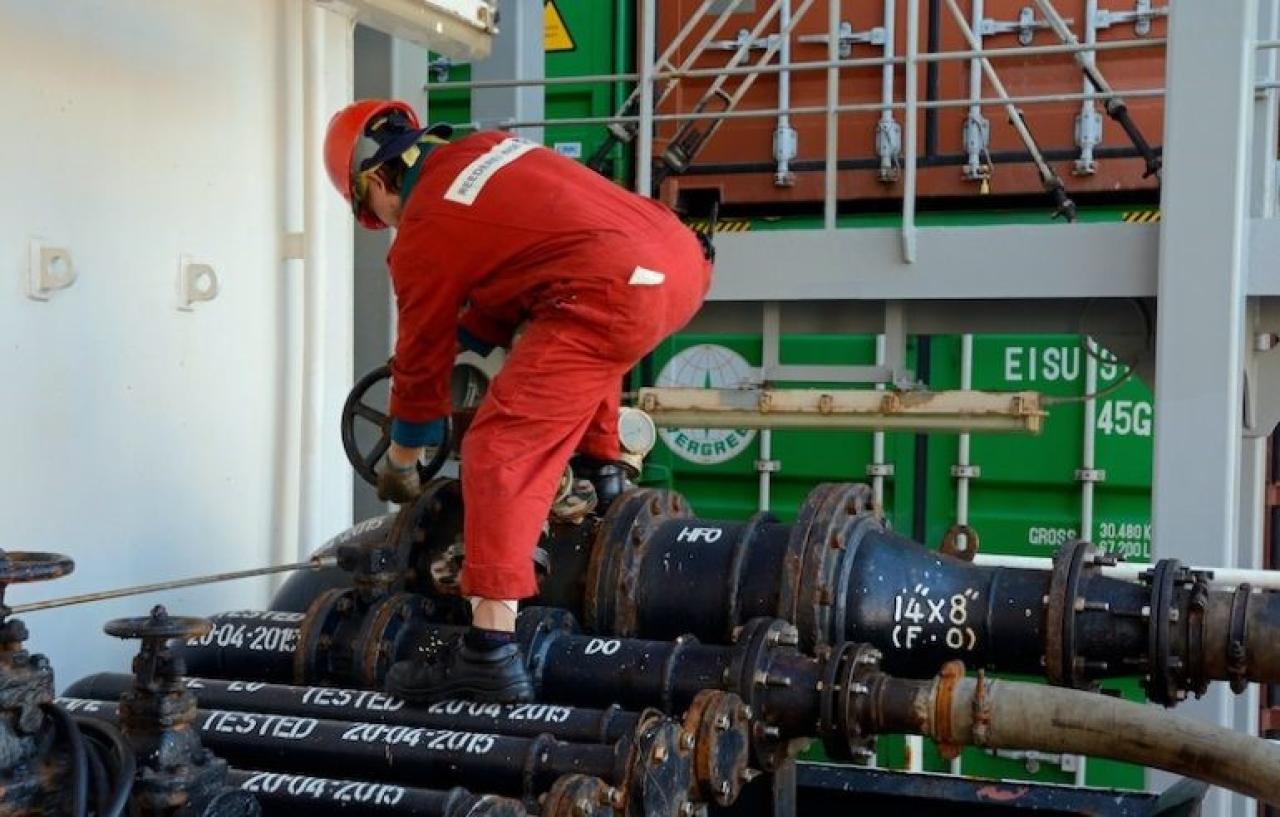 One of the less reported side effects hitting global supply chains in the wake of the coronavirus emanating from China surrounds crew changes with thousands of exasperated seafarers unable to get home on time and crew travel desks working overtime to get crew to ships in different locations. Ships are having to deviate course to change crew and get supplies, Splash has learnt.

On account of the large number of coronavirus cases in China, now in excess of 44,000, all shipmanagers contacted by Splash have for now suspended all crew changes at Chinese ports, medical emergencies excepted. Other port states like Singapore, Hong Kong, Taiwan, Philippines have added their own limitations on crew change for ships that have called China as their last port of call. The consequent impact on crew repatriation and despatch has been enormous, providing a very significant human kink in global trade.

“Crew reliefs are being postponed to vessel’s next port of call. Crew are naturally getting anxious and we are supporting them as we must,” commented Kishore Rajvanshy, managing director of Hong Kong-based Fleet Management.

Bjorn Hojgaard, CEO of Hong Kong’s largest shipmanager, Anglo-Eastern, said that in order to avoid delay to signing off crew, for ships bound for China his company is trying to arrange relief in an earlier port or even diverting the ship to another suitable port to relieve the crew.

“For ships which are outbound from China, we will wait at least 14 days after departure of the vessel, to arrange the crew change. If suitable ports are not available after 14 days, then we are planning to divert the ships on case by case basis, to arrange the crew changes,” Hojgaard said, admitting that this has caused “some disruption” in the planning but all crew and owners are cooperating, in view of the unprecedented situation.

Another Hong Kong-based shipmanager, Frank Coles, the head of the Wallem Group, said the port restrictions and various quarantine restrictions are having a “significant impact” on logisitics and crew changes.

“Not only are crews not being allowed off, or on, ships are now being identified as having been to China, even if the crew has changed,” Coles told Splash. The other inconsistencies identified by the Wallem boss are with how countries are treating crews and ships. In one case Wallem was able to make a crew change four days after the ship left China. In another no changes were allowed even though the ship had sailed for 10 days. Coles recounted a recent incident involving a seafarer arriving back in his home country and being given an automatic 30-day quarantine, because the local authority deemed it necessary.

In note to clients sent out earlier this week, Wallem warned that deviations to intermediate ports may be required for necessary crew changes.

Wallem warned clients that crewing for Chinese manned vessels may need to be mixed with other nationalities for the short term.

“The fact that the coronavirus epidemic has effected more people, more quickly than the SARS outbreak 17 years ago, is extremely concerning,” commented Rajesh Unni, the CEO and founder of Singapore-based shipmanager Synergy Group.

Synergy crew have been advised to reduce contact with shore personnel and follow standard precautions — including personal hygiene in China and ports of other affected countries.

“Seafarers are very concerned about the coronavirus, and reports of mass quarantine may spark irrational fear and we are obviously supporting them, as we must,” Unni told Splash.

Shipmanagers around the world have been warning their customers to brace for higher operational costs due to higher joining and repatriation costs.

Thomas Reckefuss, managing director of Singapore-baed Thomas Schulte Ship Management, warned the crew change situation could become even more tricky in the coming days as the virus spreads fear across the world.

“I do foresee higher restrictions on crew changes in certain areas, including difficulties to perform crew changes at all,” Reckefuss predicted, adding: “Authorities are and will be more strict on the topic and more frequent inspections will be performed, also quarantine might be imposed, for crew signing off.”

Reckefuss advised crew changes now have to be planned well in advance and local partners and crewing agencies need to keep temperature records of the crew prior to dispatching them to their onsigning port.

With China so central to global shipping, crew and their families are naturally anxious about carrying out they day jobs. Latest statistics from Clarkson Research Services show China accounts for 23% of global seaborne crude imports, 35% of seaborne dry bulk imports, around 30% of seaborne container exports,18% of seaborne gas imports and Chinese terminals handle 13% of all port calls in gt terms.

Wallem warned clients this week of the growing concern by crew and families on health and safety when calling Chinese ports, with reports emerging of seafarers refusing to join ships due to pressure from families. On top of this, the extended contracts can lead to crew fatigue and possibly affect mental wellbeing.

Steven Jones, founder of the Seafarers Happiness Index, told Splash today that it was becoming clear to see crew were becoming more anxious about the illness over the past fortnight.

“There are a number of quotes from crew that they are confined to vessels in port or that the movement of reliefs and the likelihood of crew changes certainly in Asia is greatly diminished. There is a sense that the norms of crew movements are slowly being eroded as nations clamp down,” Jones said.

Agency Wilhelmsen Ships Service has provided a useful interactive map on port restrictions due to the spread of the virus around the world. Readers can click on the map below to get the latest details.