In a joint effort between Oiltanking Amsterdam, Furetank Chartering and Titan LNG, the FlexFueler001 has delivered LNG as fuel to the vessel Ramelia whilst working cargo at the Oiltanking Terminal in Amsterdam. 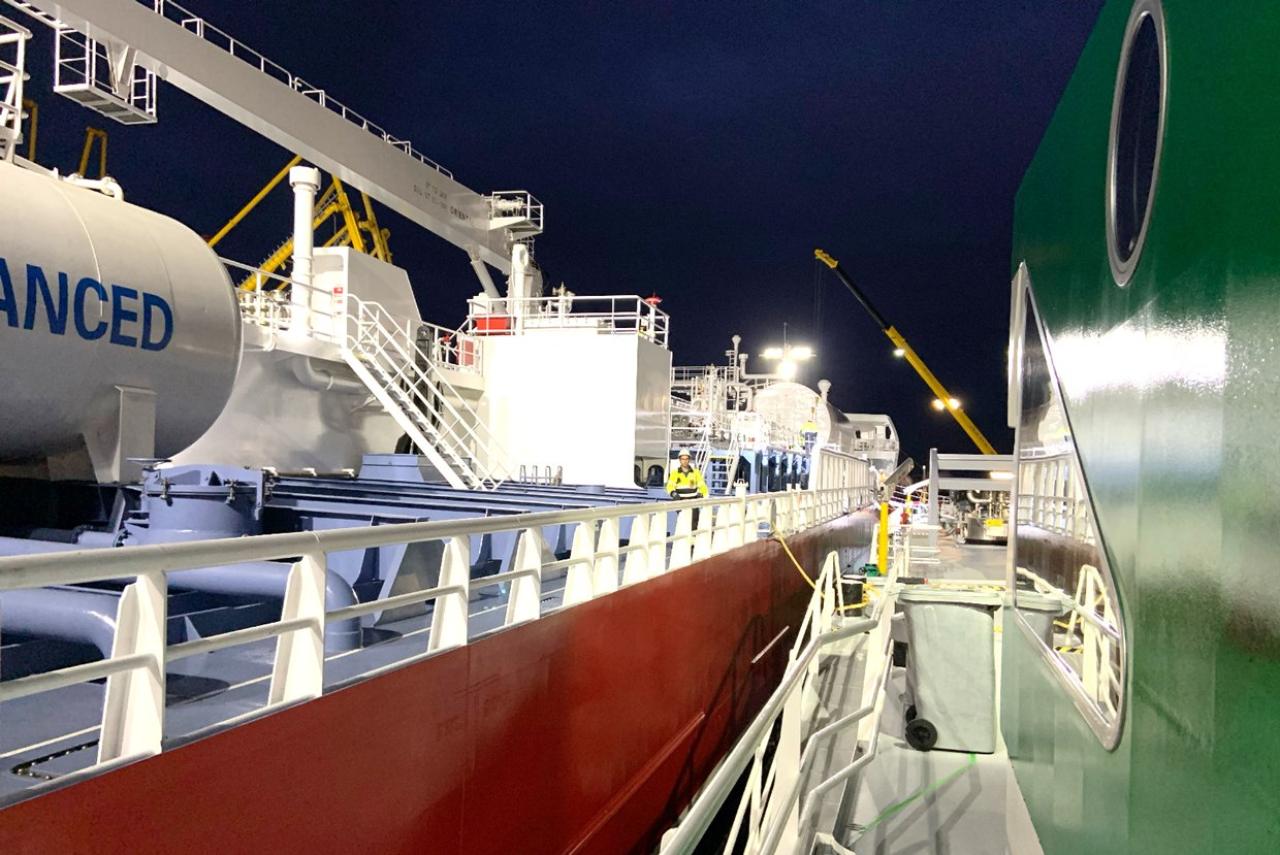 It is the first time a simultaneous operation (SIMOPS) has taken place with LNG bunkering in the Port of Amsterdam, allowing the Ramelia to unload cargo whilst receiving LNG bunkers. This important step enables the receiving vessel to have a quicker turnaround in the port as it does not have to shift to a designated LNG bunkering location, such as the Titan LNG facility.

Daan van Rooijen, Manager Operations at Oiltanking Amsterdam commented: “Oiltanking is proud to facilitate the bunkering of LNG at our facility. The delivery was executed safely and efficiently by the professional staff of Titan and Furetank. The LNG bunkering did not cause any additional restrictions or delays on our ability to discharge the tanker Ramelia”.

The Ramelia, owned by company Älvtank from Sweden is the latest addition to the LNG powered product tankers in the pool of the Gothia Tankers Alliance.

Johan Kristensson from Furetank Chartering commented: “This first SIMOPS in Amsterdam is a real enabler for LNG as a marine fuel. Being able to bunker whilst working in a port not only saves turnaround time and money, it also has positive effects on the local environment since the emission involved in shifting operation is eliminated and it reduces working hours for the crew when we can avoid shifting. We hope that more terminals will follow shortly as it is clear that LNG bunkering is possible and allowed by the ports and the terminals”.

Titan LNG will continue to engage with various other terminals throughout the ARA region to ensure more SIMOPS can be realized and would like to thank all stakeholders for carrying out this operation.

Knudsen calls for united to approach to cyber 'existential threat'

Maritime intelligence company eeSea published a new analysis, according to which COVID-19 has seriously impacted the global container shipping capacity, as a total of 302 of 2,693 sailings, or 11%, have been cancelled in May on all the main line trades.