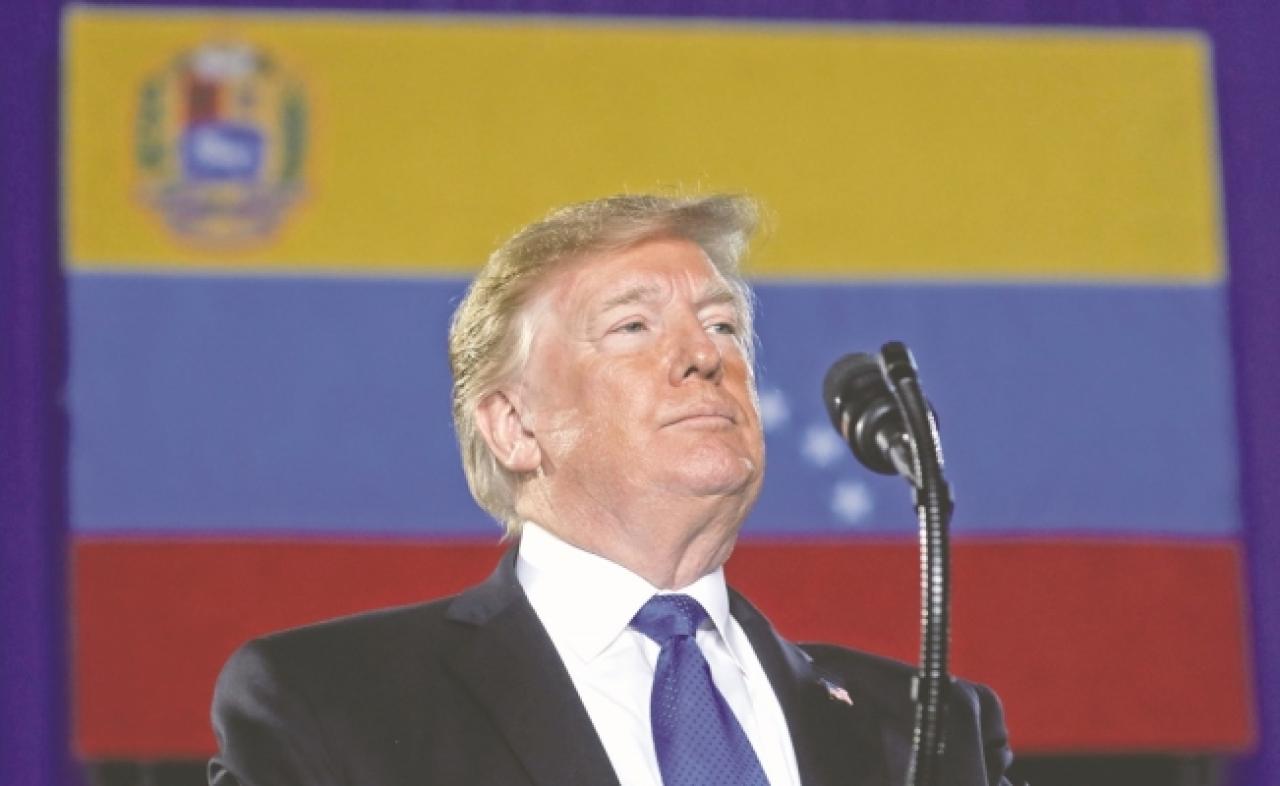 President Donald Trump on Monday announced the US would expand its existing sanctions against Venezuela with an executive order to impose a total economic embargo against the country.

The embargo freezes assets of the government of Venezuela and associated entities and prohibits economic transactions with it, unless specifically exempted. Exemptions include official business of the federal government and transactions related to the provision of humanitarian aid.
The executive order marks an escalation from the already expansive US measures against the Venezuelan government since the start of the country's chaotic political and economic crisis earlier this year.
In a letter to Congress outlining the action Monday night, Trump said, "I have determined that it is necessary to block the property of the Government of Venezuela in light of the continued usurpation of power by the illegitimate Nicolas Maduro regime, as well as the regime's human rights abuses, arbitrary arrest and detention of Venezuelan citizens, curtailment of free press, and ongoing attempts to undermine Interim President Juan Guaido of Venezuela and the democratically-elected Venezuelan National Assembly."
Venezuela's political turmoil stems from presidential elections last year wherein Maduro secured another six-year term in a process widely viewed as a sham. Opposition leader Juan Guaido declared himself acting president earlier this year.
While several nations -- including China and Russia -- have supported Maduro in the wake of the election, Trump has been a vocal champion for Guaido.
"In its role as the only legitimate branch of government duly elected by the Venezuelan people, the National Assembly invoked the country's constitution to declare Nicolas Maduro illegitimate, and the office of the presidency therefore vacant. The people of Venezuela have courageously spoken out against Maduro and his regime and demanded freedom and the rule of law," Trump said early this year in a statement recognizing Guaido as interim president.
US sanctions already in place on Venezuela's national oil company have helped to accelerate a collapse in the country's oil output, sending ripples into the global energy market.
"Maduro is not a Venezuelan patriot," Trump said in a speech earlier this year. "He is a Cuban puppet."