Navy says it has deployed ships to Guarello island to control damage from the spill, and that an investigation had been launched. 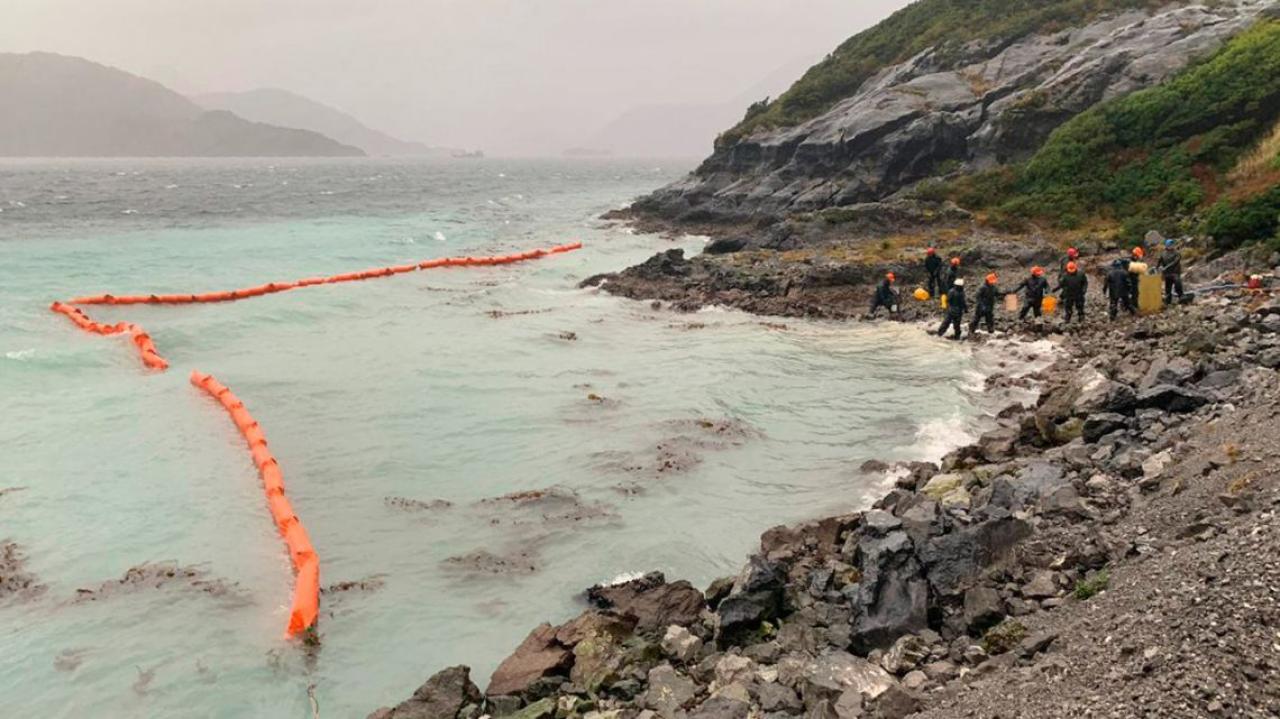 hile's Navy on Sunday confirmed the spillage of 40,000 litres (10,500 gallons) of diesel oil into the sea in a remote and pristine area of Patagonia and said it was working to mitigate the effects.

A Navy statement said it received a call from the Chilean mining and steelworking company CAP on Saturday reporting the spill at the terminal of the remote island of Guarello, about 1,740 miles (2,800 kilometres) south from Santiago. The area is one of the planet's most untouched with important biodiversity.

The Navy said it had deployed ships to the area to control damage from the spill and an investigation had been launched.

"Units were ordered to deploy immediately to the area to take stock of what has happened, to control and mitigate possible damage caused by the emergency," said a statement from the Navy.

A barge and an ocean patrol boat were sent, along with a team to limit contamination at the site, it added.

CAP released a statement saying the incident had already been contained. The spill affected a bay and the company said it installed a container sleeve in the area on Saturday and began removing oil from the environment immediately.

The affected area is part of Chile's extreme south, which has some of the world's cleanest waters and richest marine ecosystems.

The oil spill occurred "in a sector of the coastal edge" where "the weather conditions of high winds, of more than 100km per hour, contributed to the containment [of oil] in the southern sector of the bay," the Navy said later, adding that in it was possible to "contain and recover approximately 15,000 litres of contaminated seawater" in the first few hours.

Chile's Greenpeace Director Matías Asún said the incident was "terrible news for Patagonia and for the cleanest waters on the planet."

"Without a doubt, it is an environmental disaster, [like] any spillage of chemical material," the activist told Cooperativa radio.

For Asún, the spill once again shows "the risk of having industrial operations in pristine zones." He requested a thorough investigation and sanctions for those responsible.